Things generally begin to slow down around this time at TIFF. Most celebrities come into town the first weekend and then they slowly dwindle during the week. Today I had the opportunity to sit through various interviews including ones with Nicholas Cage and Jay Baruchel. After my class ended I ran with a friend over to the Kill Your Darlings premiere hoping to catch a glimpse of Danielle Radcliffe and Dexter (Michael C. Hall). Unfortunately showing up late doesn’t give you the best spots so the pictures I attempted at are all but a blur. Dane Dehaan who people may recognize from A Place Beyond the Pines ended up being really sweet as he came out a second time to sign autographs and take pictures with fans. Last but not least I got to see Saoirse Ronan, who I’d been waiting for since I found out she would be here for the festival. I actually met her at the exact same location two years ago when she was here for Violet and Daisy. Originally we were scared that she wasn’t going to come over to the side of the street that security puts barricades at, the place where fans are actually supposed to stand although it’s extremely inconvenient. Thankfully, after fans screaming, she did. I had a little problem with my camera, I ended up knocking the setting to focus on aperture without realization and my pictures came out almost completely black. But with a little help from my friend photoshop the photographs are visible, although a little grainy. I actually think it adds character. It’s like they were taken with film rather then a digital camera.

Today was pretty rough. I originally wanted to get some shots of Meryl Streep at her premiere but she fell sick and didn’t attend. The two other people I hoped to see was Mila Kunis and Taylor Swift. The problem was Mila Kunis had two red carpets to be at in little to no time in between. Therefore I thought it would be smart to wait at the back of the theatre because both Mila and Taylor would be in the same place at the same time. Win, right? Not so much. I’ve also learned that Ms. T Swizzle is only friendly and nice to fans when the cameras are rolling. Luckily when following her later in the night because I wanted a photograph with her more than anything, I ran into Abigail Breslin, who I might add really is Little Miss Sunshine. Abigail took pictures with fans as she left the SoHo House last night. I also had the chance to meet Jessica Chastain earlier in the day at the Elgin Theatre, who was very polite taking photographs and signing autographs for fans at the exit.

It’s that time of year again… TIFF is here! And I celebrated it in the only way I know how, by taking pictures of celebrities I love at premieres. I decided to kick off the festival with The Railway Man and Parkland (at Roy Thomson Hall). I had the joy of seeing Colin Firth, Nicole Kidman, Kelly Rowan, Colin Hanks, Tom Welling, Zac Efron and Jacki Weaver.  On top of that, I got a photograph with both Kelly and Zac. 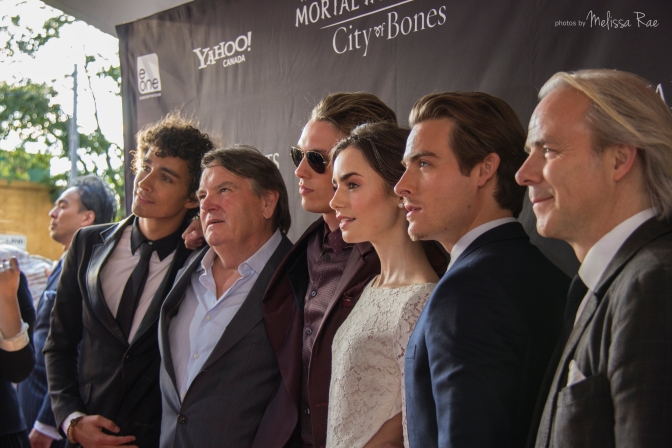 I was one of the lucky people who had the chance to see The Mortal Instruments: City of Bones this past week at the Toronto premiere. I thought the movie was very well done and I’m already counting down the days until the 21st so that I can see it again. Until then, I have put together a short list of 6 differences between the book and movie that can be read on Scene Creek here!

Last night I was one of the few lucky individuals who had the opportunity to attend Shawn Desman’s premiere for his movie ALIVE thanks to Ascenta Health. The entire cast which includes Izaak Smith, Melinda Shankar, Kaitlyn Leeb & Bree Wasylenko and obviously Shawn Desman were all in attendance. The director RT  Make sure to check it out on Much Music this Tuesday at 7pm. 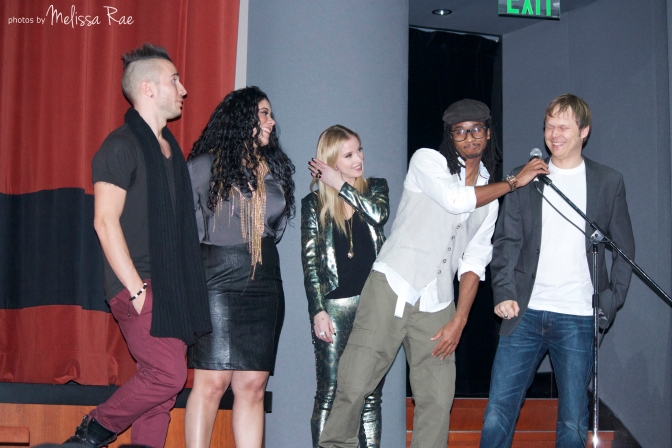 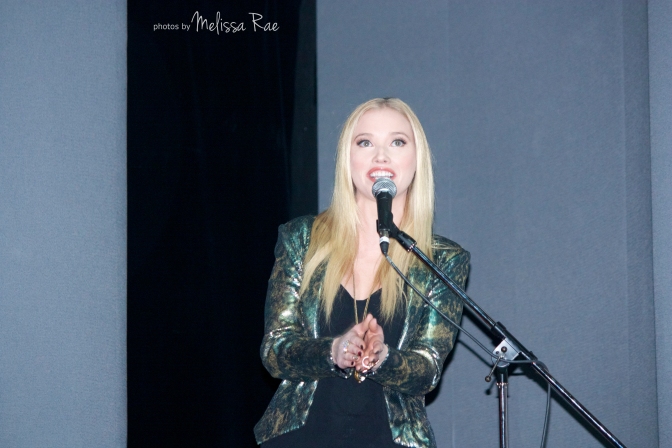 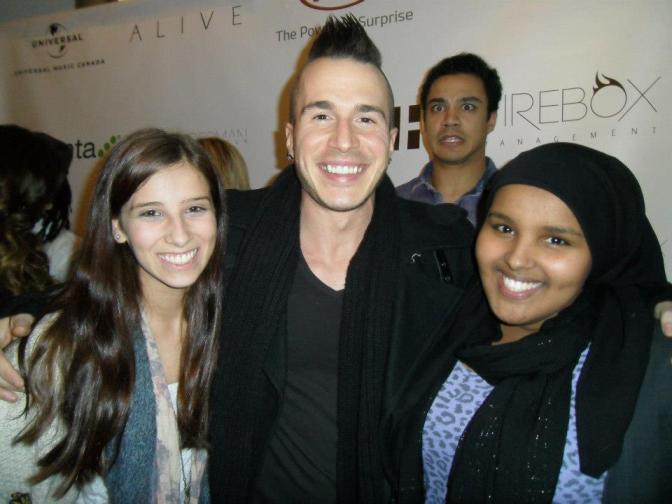 Yesterday I went to the red carpet event of Silver Linings Playbook.  I will be posting pictures of the cast at the end of this post except of Jennifer Lawrence for photos of  her please go here (she has her own post). Fortunately I got tickets for the movie this morning at 7am so I got to see the movie at 11:00am. Here comes the review but remember that I don’t give out any specific details as to not spoil any of it for yourself.

Silver Linings Playbook is an upcoming comedy-drama film directed by David O Russell adapted off of the novel of the same name written by Matthew Quick. For those who don’t know what the story’s about this what IMDB says, “After a stint in a mental institution, former teacher Pat Solitano moves back in with his parents and tries to reconcile with his ex-wife. Things get more challenging when Pat meets Tiffany, a mysterious girl with problems of her own.”  The world premiere was last night at Roy Thomson hall where some of the cast was in attendance; Bradley Cooper (who plays Pat Solitano), Jennifer Lawrence (who plays Tiffany), Robert De Niro (who plays Pat Solitano Sr.) and Chris Tucker (who plays Danny).

Let me start off by saying that the Academy better give Jennifer Lawrence an Oscar for her role in this movie. I am in awe at how amazing of an actress she really is. In the film Lawrence gives off many natural comedic chops which may seem like unfamiliar territory for her to those who have never seen The Bill Engvall Show (2007). Believe me when I say the girl can do it all from comedy to drama to serious to horror.

The chemistry is undeniable between Jennifer Lawrence and Bradley Cooper making them a delight to watch on screen. Cooper himself brings so much heart to his role that you can’t help but root for him to get over his mental illness the entire movie. For me, I was rooting for his character to end up with Tiffany rather then his ex-wife’s.

This has quickly become my new favourite film giving it a perfect 5/5. That’s right, perfect! I definitely recommend that you see this movie when you can, the day it comes out.

Silver Linings Playbook has a release date of November 21st 2012.

Jennifer Lawrence and Bradley Cooper will once again co-star with each other in Serena (2013). 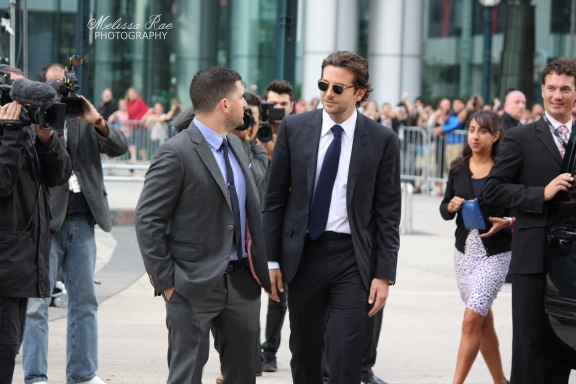 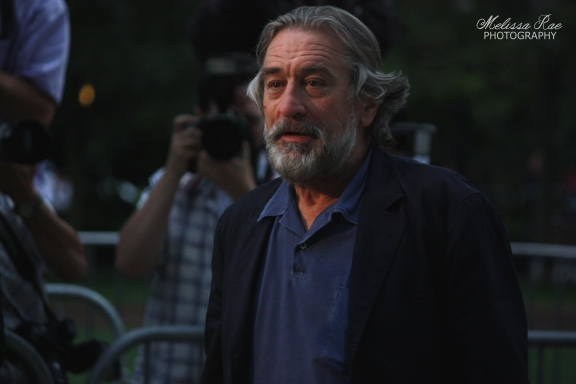 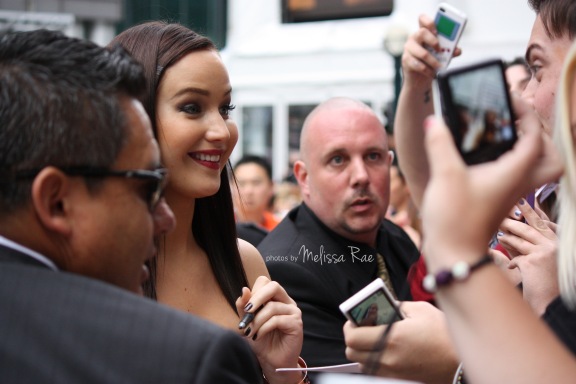 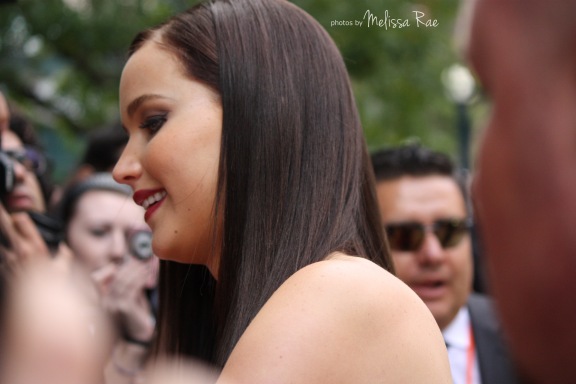 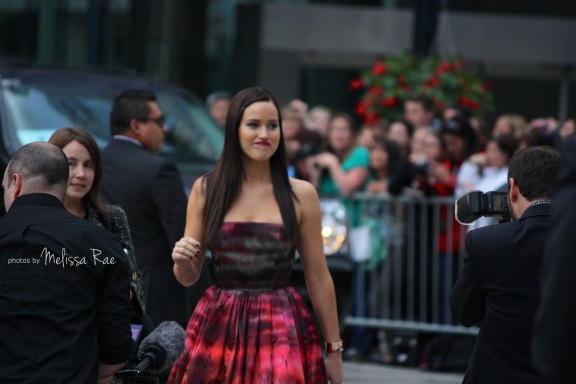 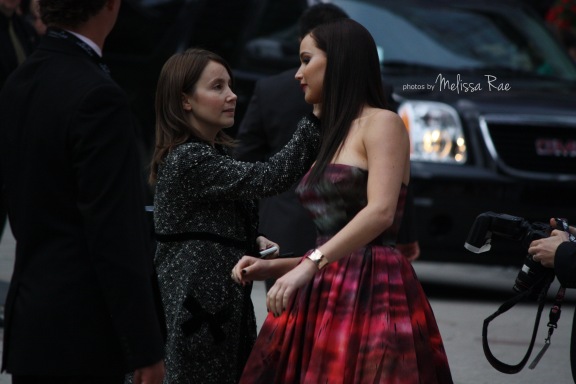 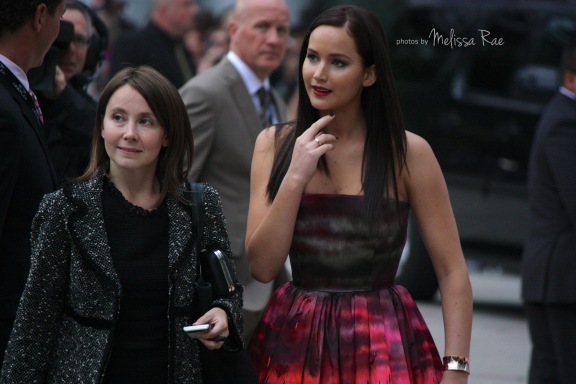 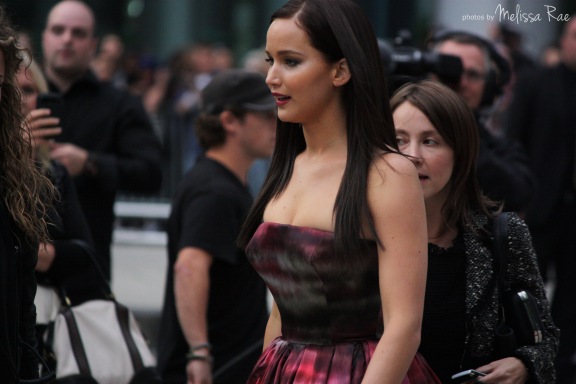 As seen above today I got to see the lovely Jennifer Lawrence at her movie premiere for Silver Linings Playbook. Unfortunately I wasn’t able to see the movie tonight but i’m hoping to do so tomorrow morning at 11am. That’s right, i’ll be in the rush line. Anyway, I met Jennifer Lawrence! She was really sweet! Although she didn’t take any pictures with fans she signed autographs for as many as possible. When she was in front of me I asked if she was doing pictures and she replied saying “No i’m not, i’m so sorry. I don’t have time for everyone so i’m only doing autographs.” You can’t be mad at her for that. At least I got her autograph on my copy of Rolling Stones with her on the cover. And I did manage to get a picture with her behind me… (; 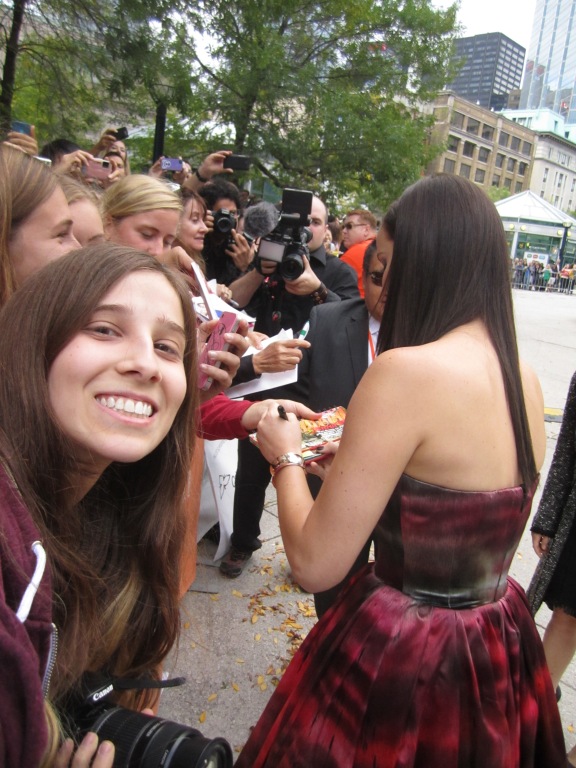 Many people are saying that Jennifer Lawrence’s performance alongside her co-star Bradley Cooper in Silver Linings Playbook could very well get her a second Oscar nomination following her 2010 film Winter’s Bone that gave her an Academy Award nomination.

Two nights ago I had the opportunity to be at movie premiere of On The Road at TIFF. As mentioned in my previous post on this event I stood around the red carpet for as long as I could snapping shots before I had to head inside for the show. I will be posting pictures of the cast at the end of this post except of Kristen Stewart for photos of  her please go here.

I went into this movie knowing nothing about it besides the fact that Kristen Stewart was in it. I had no idea it was a book, I had never seen the trailer and I had no idea what to expect whatsoever.

“On the Road is a 2012 film adaptation of the Jack Kerouac cult classic novel of the same name. It is a Brazilian-French-UK-US co-production, directed by Walter Salles and starring Sam Riley as Sal Paradise and Garrett Hedlund as Dean Moriarty.” Sal, a writer, has found himself suffering from writer’s block and is unable to write anything he believes worthy of an author. Everything starts to change when he meets Dean who introduces Sal to a life full of women, sex and drugs. The two embark on a journey with Mary Lou (Dean’s ex-wife played by Kristen Stewart) and meet various people and experience many new things while on the road. Hence the title of the book/movie.

I’m not going to lie, for me I felt like the movie was a little too long. There were two parts where I thought it was ending cause the screen was black but then another scene appeared. And another. And another. It dragged on. Maybe because it was really late or maybe because I wasn’t all that interested. This isn’t me hating on the book or movie. I think the acting was absolutely phenomenal but and that the book is very well written but it’s not the sort of movie I would normally go to. You’d probably read something entirely different from a fan. 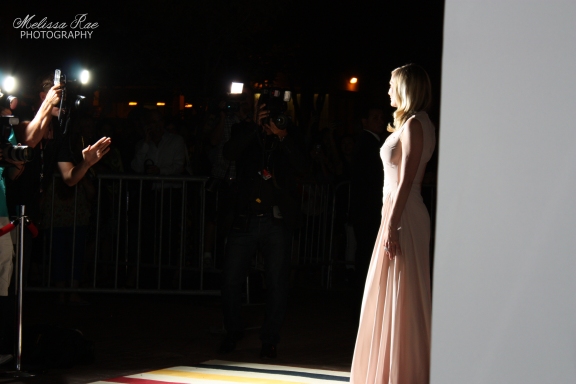 Today I didn’t have the best spot at the red carpet because I was running from my class that got out at 5pm but I still got to meet Vanessa Hudgens and Ashley Benson before they went inside for the movie. Selena Gomez walked right by us and snuck into the theatre. I wouldn’t have even known if it weren’t for one of the girls behind me who had a video of it. I don’t have much to say because I didn’t actually see the movie but I do have two pictures to share: 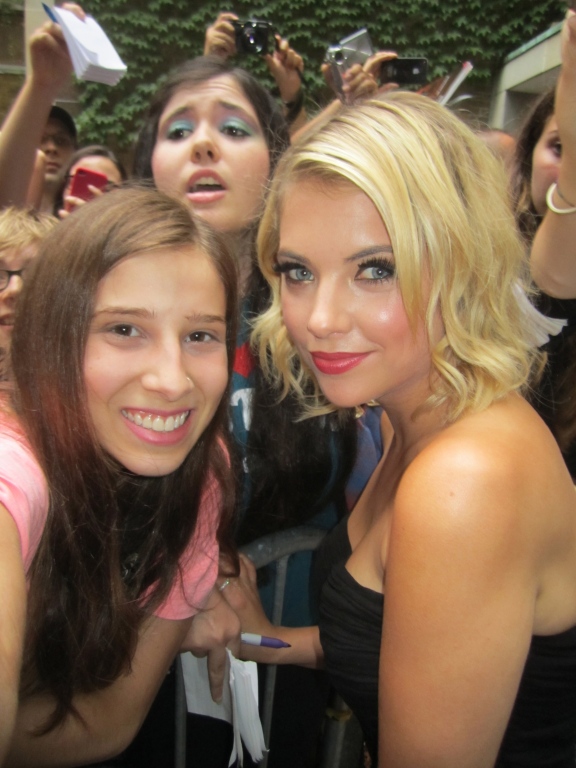