For a photography blog I sure don’t post all that many pictures rather then ones involving events doesn’t it seem? Well i’ve been really busy focusing on my school work lately but thankfully that means I have new photographs as well. And because Autumn is so damn beautiful with its colour changing leaves I thought i’d post some new pictures from this season. Enjoy! 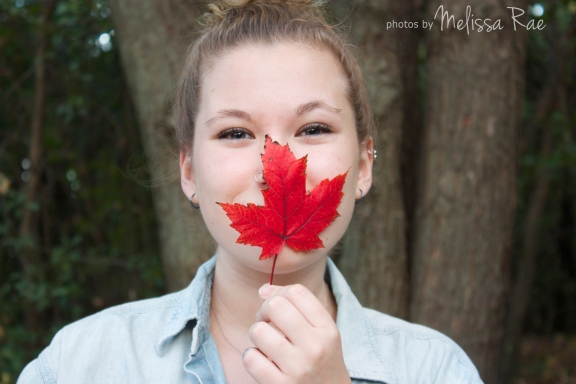 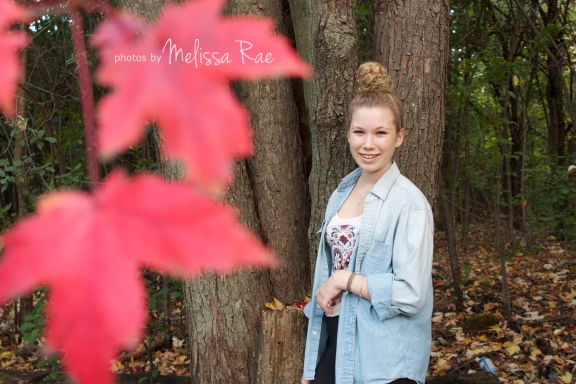 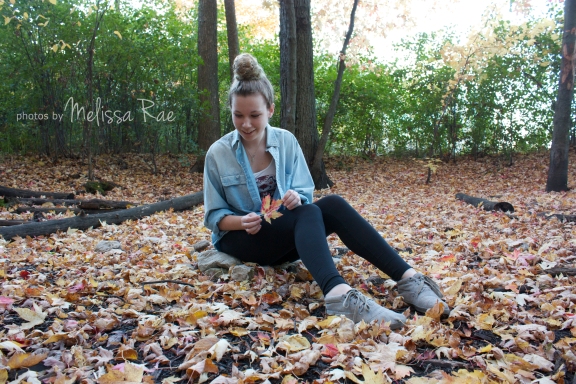 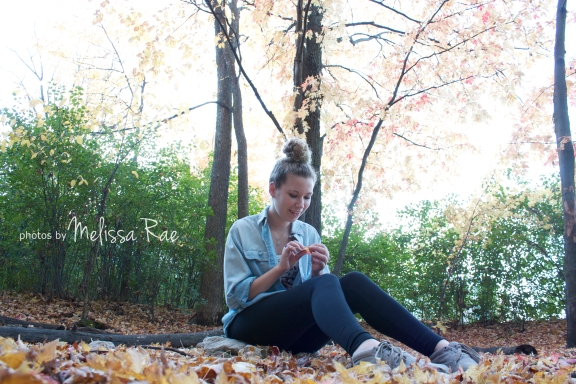 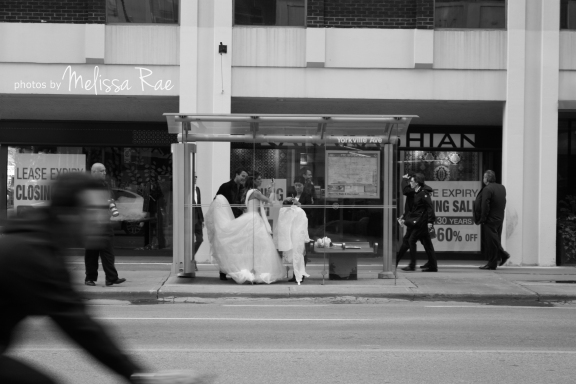 Within the first 10 minutes you get to see Zac Efron in his underwear and that’s what I call a good movie. However, if I were a guy i’d probably say that the best part was Nicole Kidman.

The Paperboy is a film based off the novel of the same name written by Peter Dexter. A writer, Ward Jansen (Matthew McConaughey) and his partner Yardley Acheman (David Oyelowo) return to his Florida hometown to investigate a murder. With the help of his brother Jack Jansen (Zac Efron) and Charlotte Bless (Nicole Kidman) they try to prove that Hillary Van Wetter (John Cusack) was framed for the murder of a local sheriff. The movie is voiced over by Anita Chester (Macy Gray) but and her character also plays a roll in the movie itself.

“If anyone’s gonna pee on him, it’s gonna be me,” Charlotte states before doing so on Jack’s face, chest and groin area after he gets stung by jellyfish on the beach. A sort of revolting close up occurs as this happens. But that’s not the first time you get a good look at Nicole Kidman’s crotch region. While possibly embarrassing herself by shaking her cleavage, sexing up every scene and talking dirty she definitely played the role. Her fake blonde hair and long eyelashes are also hard to miss.

Matthew McConaughey isn’t the sexiest face on the block, what with Nicole Kidman and Zac Efron also in the film. The addition of scars to his face didn’t help either. But to be honest even with the help of being buffed up Zac’s character doesn’t do all that much in the movie.

This thriller is filled with race, sex and murder all while the movie sends you on an uncomfortable ride with its trashy appeal and shaky cam.

And because this is a book I don’t really feel like this is spoiling all that much but I can say that i’m actually having trouble with this post. I don’t have much else to post about…

Unfortunately for Taylor Swift her new album Red has leaked with only days left until the official release. Fans may remember a similar incident when her song Mine leaked before it’s release:

“[My manager] said, ‘I don’t want you to panic.’ And I said, ‘The song leaked, didn’t it?’ I turned on my phone and there were texts saying, ‘Congratulations.’ A leak is so out of my comfort zone, but it ended up good in the end. It made me so emotional that I started crying.”

Call me a bad fan for getting my hands on this masterpiece but I will be buying the album on October 22nd 2012. Now, I don’t know if you could really consider it a ‘leak’ when some stores actually had the album on their shelves today. Whoever uploaded the zip file online bought Red in stores. If you want to blame someone i’d blame the store not the consumer because no matter what the music would’ve ended online eventually. I’m not saying piracy is right but it’s out there and in some cases it actually helps to promote a celebrities album/music.

Previously released singles from this album have been; We Are Never Ever Getting Back Together, Begin Again, Red, I Knew You Were Trouble. and State of Grace. You can purchase them by clicking on their names which will bring you to iTunes.

I wonder when the genre of Swift’s albums will finally change from Country to Pop cause let’s be honest here, her albums are way more radio pop then country. Before hearing the full album Red was definitely my favourite song on the album because I felt it was the most country compared to the others. Not that I didn’t fall for We Are Never Ever Getting Back Together the moment I heard it. I was at camp and had no idea that she was even having a single released but I was up at 5:00am for University course selections and while I was waiting I scanned Twitter only to find that her song came out at midnight sooooooo I bought it and spent the rest of camp making sure everyone else heard it as well.

In no specific order here’s a few things I have to say about some of the songs (I may have them all done by tonight):

22 – “You don’t know about me, but I’ll bet you want to.”
This upbeat song has a catchy tune and sounds like a mashup of Carly Rae Jepsen and Ke$ha. Definitely something you could hear while partying in a club or on the radio as you’re driving down the street on your very first road trip.

Everything Has Changed – “All I know since yesterday, is everything has changed.”
This beautiful song features Ed Sheeran. While i’m not sure if Swift and Sheeran’s voices mesh together the best compared to other songs i’ve heard before the lyrics have the ability to raise hairs on your arms or create chills down your spine. I happen to thing that this song is pretty damn perfect.

Treacherous – “I can’t decide if it’s a choice, getting swept away, I hear the sound of my own voice, asking you to stay.”
Instantly, I took a liking to this song co-written with Dan Wilson. The soft melody could be a lullaby to put me to sleep, not in a bad way but because of how calm it makes me feel.

The Lucky One – “And they tell you that you’re lucky, but you’re so confused, cause you don’t feel pretty, you just feel used.”
I believe it’s really easy for anyone to connect with the lyrics in this song. There’s your friends who will tell you that you’re beautiful and they wish they looked like you but no matter what you just don’t feel that way. You don’t feel beautiful or lucky or worthy and it leaves you confused.

Stay Stay Stay – “Stay stay stay, ‘cause i’ve been loving you for quite some time time time, you think that it’s funny when i’m mad mad mad, so I think that it’s best if we both stay stay stay.”
Precious! That’s kind of all I have to say about this song. It reminds me of a nursery rhyme I may have listened to when I was younger to cheer me up if I was in a bad mood. And Taylor’s laugh at the end just warms my heart.

All Too Well – “Hey you called me up again just to break me like a promise, so casually cruel in the name of being honest.”
I don’t know how Taylor manages to do it but she somehow always finds a way create words and scenarios that are parallels in your life this song is one of those examples.

Holy Ground – “Cause darling it was good, never looking down.”
This solo write was one I was looking forward to and although I was expecting it to be slower and more melodic I wasn’t left disappointed. The song is mostly drum driven like The Lucky One.

The Last Time – “This is the last time i’m asking you this, put my name at the top of your list.”
I’m not sure why but I’m not particularly fond of this song and i’m not sure what it is. I’ve listened to it a number of times and I love the lyrics but don’t think that highly of the rest of the song. The Last Time features Gary Lightbody Of Snow Patrol.

I Almost Do – “And I just want to tell you it’s takes everything in me not to call you.”
My heart is broken. That’s the type of power this song has over me. These lyrics were ripped right from my mouth. I know i’ve pretty much said that about some of the other songs on this album but that’s what’s so great about Taylor Swift is that her music connects to so many people because we all have the same experiences under different circumstances.

Starlight – “I said ‘Oh my, what a marvellous tune’, it was the best night, never would forget how we moved.”
This song reminds me of a bunch of old rocks songs I used to listen to put together. I’m not exactly sure why but i’m in love with the beat. I’m pretty positive that this song is about Ethel and Robert F. Kennedy, there’s clues in the lyrics which make me think this.

Sad Beautiful Tragic – “And time is taking it’s sweet time erasing you, and you’ve got your demons, and darling they all look like me.”
Sad, beautiful and tragic are three words that don’t belong together unless you want to be struck with heartbreak. This, this is one of those songs that will make you cry if you let it. If you sit in your room with the door closed, the lights off and nothing but the sound of Taylor’s voice to keep you company. Then you will cry.

Taylor Swift killed it with this album! I am absolutely in love and already have it on repeat! And once again, I will be buying it when it comes out!

Now, if you came here looking for a download link for Red you’re probably not gonna find it on my blog because I didn’t post it. Also if you’re able to hold off on listening to the album until it’s release then congratulations from me to you! You’ve only got 5 more days! You can do it! (;

To see pictures from when I attended Taylor Swift’s Fearless tour back in 2010 go here.

This is your spoiler warning, I don’t have a filter so I will seriously ruin everything for you. If you’ve already chosen to read past the title of this post and this warning message it’s not my fault.